The fathers of St. Joseph is a confraternity of men who follow the timeless wisdom and example of the man who was father to the Son and son of the Father. With St. Joseph as our leader, each father strives to become as he became – an icon of God the Father. As God the Father entrusted His Son to St. Joseph’s care, we also strive to entrust ourselves as children, who are fathers, to this father who will teach us to father, and lead us to the Father. This way of fatherhood is called Joseph’s Way – The Call to Fatherly Greatness. Join us on this journey to discover the power of authentic fatherhood. 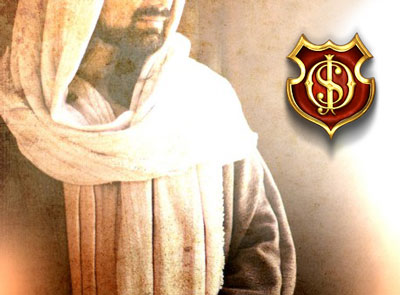 Among the most serious crises facing human civilization is the famine of fatherhood. Children, families, the Church and our world are hungering, if not starving, for true fathers to re-enter the human drama and assist God in the mission of saving the world from self-destruction. Indeed, society goes by way of the family, and the family goes by way of the father. Lying at the center of the famine of fatherhood is a deeper crisis: the father’s loss of his identity. The human father has lost touch with his true identity, with his true mission and the person that God has created him to be. The human father knows little of himself because he knows God the Father so little. The human father’s identity leads not only to his destiny, but also, his family’s destiny. The human father, by assuming his identity as an icon of God the Father—an initiator of self-giving love—enables his family to achieve and receive its authentic identity, and assuming this identity, the human family can alter—for the better—the world’s destiny. The Father’s of St. Joseph are committed to providing men the opportunity to gather around St. Joseph himself. To place his life and example at the center of our gatherings with the intention of discovering the timeless sanctity of the vocation of fatherhood, to learn the meaning of authentic fatherhood, to equip fathers to become the fathers God intends them to be by understanding and living the spirituality that enables St. Joseph to become a father on earth like the Father in heaven. The sole aim and purpose of The Fathers of St. Joseph is to labor for the restoration, revitalization and redemption of human fatherhood, in order that it may become what it has been created to be: an efficacious icon that directs the human family to its Father.